Unitrends is a US-based company that provides backup appliances and cloud data protection for small to mid-sized enterprises (SMEs).

At the time, Unitrends was an early stage company with a superior technology solution. They unexpectedly hit a revenue plateau and were struggling with growth. The company primarily sold its product through regional distributors and while some regions performed well consistently, other regions were unable to drive demand for the product. Operationally, employing a direct sales force was also proving costly, with selling costs being too high relative to the profit margin after the distributor cut. The company needed to reconfigure the sales process, jumpstart growth, and gain consistent sales across the country.

Chairman of the Board ‍

As a Managing Director at Paladin Capital, I led a financing round for Unitrends and was then brought on to the board of directors. As the chairman, I was responsible for fiduciary oversight and governance of the company, and worked on strategy and operations with the CEO and management team.

Our first priority was to evaluate whether the issue was actually market or execution-driven. Our original due diligence consistently pointed to a good product-market fit. We conducted further research that supported our premise that the industry itself was strong and growing—at the time, SMEs were making the switch from tape-based backup to disk-based backup, which was a key product offering of Unitrends. Further evaluation revealed the growth issue was execution-driven, specifically the sales and marketing division. Once that was determined, we executed on the following steps:

Working through an analytic process allowed us to unilaterally identify the precise issues that were hampering growth. We then developed a targeted strategy to reconfigure sales and marketing as well as a strong specification of what was needed in a new CEO to deliver on our goals. Once the new CEO was in place, our year-over-year growth went from 0 to 60 percent within six months.

Revenue continued to climb at high levels over the next four years, culminating in the acquisition of the company at a valuation that exceeded shareholder expectations and provided a healthy return. 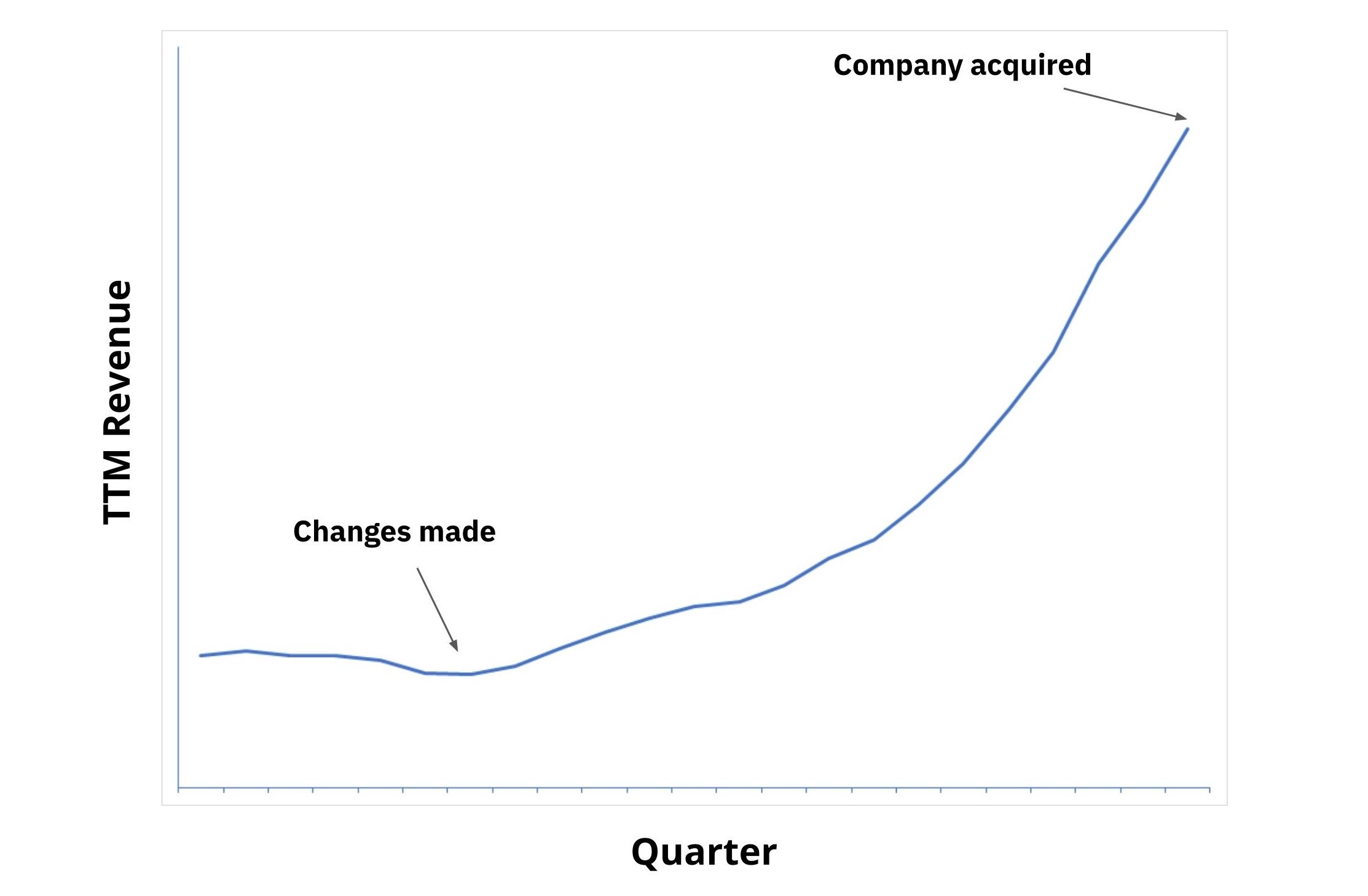 When you do the work to understand what a struggling company needs to do differently, it becomes much easier to identify the right person or people that can turn it around.

”
––Philip Eliot, Chairman of the Board ‍